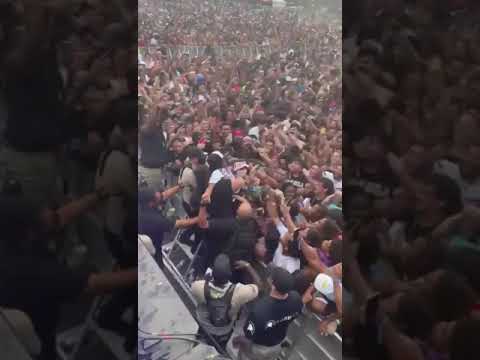 Kaash has total belief that the future of music is going to tie into gaming as we have already seen with GTA RP a popular online game that has been modified by FiveM to let you do anything you want in the game even lay down a track in a recording studio. Travis Scott and many other artists have performed live in the popular game Fortnite as millions of players and fans all over the world interacted in game with these concerts.

«I made a significant investment in Team 33 because I have always been passionate about the eSports industry, and I wanted to be the first female recording artist to co-own an eSports team that I can collaborate with and promote my music and concerts through! I have been keeping a close eye on Team 33 since its inception, and after speaking with the CEO and co-founder Tyler Gallagher for months, we both realized that we had a similar vision for the team and the drive to inspire kids and make a big impact in the world of eSports. Not going to lie, Team 33 has a great Fortnite roster I’m not the best player lol but we have them,» said Kaash Paige.

Kaash Paige has been involved in video games her whole life and still to this day has an obsession. She had her team grab her a pS5 when she was recently in Miami to perform at Rolling Loud which she shared the main stage with notable artists such as A$AP Rockey, Travis Scott and Post Malone.

«I have always been fascinated with video games and the eSports industry in general. The first gaming systems I ever owned was an Atari and PlayStation 2. My favorite games growing up were Pac Man, Tetris, Street Basketball Vol 2, Midnight Club, Def Jam Fight For NYC and Guitar Hero. Today I also play popular titles like Fortnite, Madden 21 and Call of Duty.»

«To be the first in the entire world to have a female recording artist as a part owner of Team 33 is unreal and never been done before,» said Tyler Gallagher, CEO of Team 33. «Kaash Paige has an amazing vision for the organization and we both have similar goals for the team. Our passion for the eSports world is unmatched and together we believe we can turn Team 33 into an iconic eSports organization recognized worldwide,» adds Mr. Gallagher.

Team 33 officially launched its operations in November 2020 and in less than one year it has already established itself as the top 6th Fortnite team in all of North America according to the popular rankings site Fortnite eSports Wiki powered by Fandom. The team also made headlines recently by signing several top tier players, such as an undrafted 15-year-old gamer that shocked the gaming world by winning the July 2021 FNCS Grand Finals tournament and defeating many of the industry’s biggest heavyweights such as Bugha, Clix, Dubs and other professional players bringing home $75,000 in his big win.

About Team 33
Team 33 is an elite eSports invite-only organization based out of Hollywood, California. The professional player team roster combined has earned over $1 million through competitive tournaments online and offline. Team 33 is also planning to launch charity events on Twitch and YouTube involving celebrities and artists. Team 33 is backed by high profile celebrities and investors such as Kaash Paige and many more. You can learn about Team 33 by visiting their website www.team33.gg 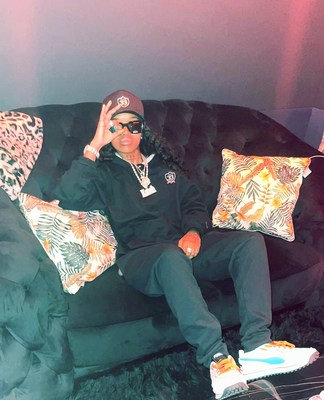 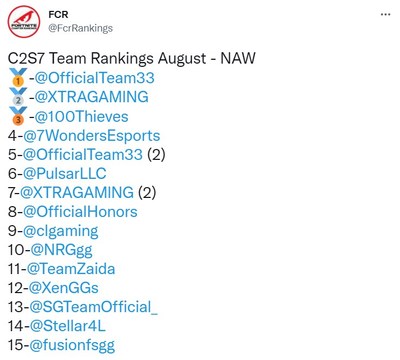