BEIJING, Aug. 7, 2021 /PRNewswire/ — iQIYI Inc. (NASDAQ: IQ) («iQIYI» or the «Company»), an innovative market-leading online entertainment service in China, is pleased to announce that its original innovative rap show New Generation Hip-Hop Project was released on the iQIYI app, Suike, and QIYIGUO TV on July 31. The show aims to propel new rappers into stardom by identifying and cultivating new talent, bringing the rapper incubation process into the public eye by providing a comprehensive training system for the most talented young rappers out there. 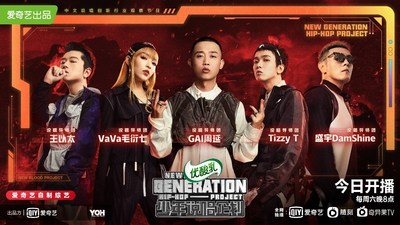 Over the past five years, the Chinese rap industry has boomed alongside the growth of online variety shows, leading to a changing market and an audience of new tastes and interests. Keenly aware of the public’s appetite for the next generation of rappers and new rap voices, iQIYI launched New Generation Hip-Hop Project. The new show focuses on Generation Z rappers aged 18-24, attracting young talent from China and abroad. Throughout the series, viewers will witness the birth of a vibrant new generation rap record label while experiencing the talent, boldness, passion, individuality, and self-expression of the young rappers. 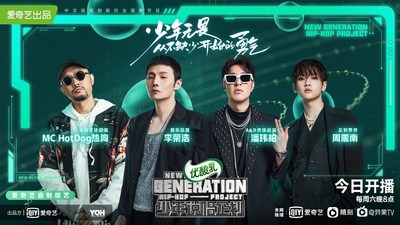 As New Generation Hip-Hop Project provides systematic professional training and other resources to support the young rappers, the show also documents their growth. Viewers can watch the young hopefuls stay true to their dreams despite all sorts of obstacles and eventually morph into professional rappers. The show ultimately hopes to inspire more young viewers to express themselves and pursue their dreams.

iQIYI is committed to propelling the rap industry forward.  The Company brings rap into the public eye, and it also facilitates the industry chain and vitalizes the online and offline rap industries. With its rap shows, iQIYI offers professional rappers a vast arena from which they can grow. Through these shows, the Company has also further cemented its position as a trendsetter, influencing the younger generation’s music tastes while also impacting how they seek entertainment and self-expression.

Hikma strengthens US Injectables business through acquisition of Custopharm

SoftBank Vision Fund 2 leads $122m Series C funding in DICE as Inventor of the iPod, Tony Fadell, Joins the Board