GUATEMALA CITY, Aug. 9, 2021 /PRNewswire/ — The president of Fundación Libertad y Desarrollo, Dionisio Gutiérrez, spoke with the leader of the Venezuelan opposition and National Coordinator of Vente Venezuela, María Corina Machado, about the fight for democratic, liberal and republican values in the region. 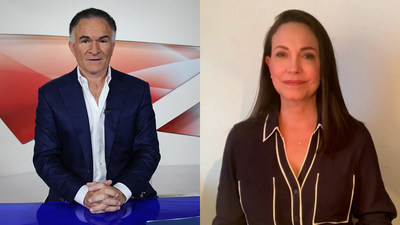 On the decline of liberal democracies in the region, Gutiérrez emphasized: «Latin America, its fragile institutions, its distracted elites, an insufficient global economy, its political underdevelopment and the pandemic are forging a dangerous key that could open the doors to authoritarian populism of the extreme left».

Regarding this, the former presidential candidate stated: «We are living a decisive moment in Latin America and I hope that the experience of the situation in Venezuela will serve our Latin American brothers. Venezuela had a long democratic history and a vibrant middle class. Venezuelan society underestimated the arrival of Chavismo to power. We believed that it was just another bad government and not a project that tried to undermine the democracy of our country».

Faced with this statement, the businessman said: «The conditions are in place so that the tricksters of the people and thieves of countries offer everything they know they will not comply with; the conditions are set for citizens to believe them, vote for them… and end up losing their freedom».

Machado replied: «We, as classical liberals, have been unable to transmit our ideas with evidence in hand. There is a shared responsibility and Venezuelans have paid a very high cost of pain. I have no doubt that when we get out of this, Venezuela will be one of the great promoters of the ideas of freedom in the region and around the world».

Later, Gutiérrez concluded the meeting with the following message: «Those of us who know the levels of suffering that you have experienced in the past few years; greatly admire your courage, consistency and persistence».