LOS ANGELES, Sept. 7, 2021 /PRNewswire/ — In a thrilling back and forth title game and rematch of the inaugural BIG3 final, Trilogy became the first team to win two BIG3 championships and claim The Julius Erving Championship Trophy. Stephen Jackson’s team prevailed in what was the most dramatic comeback of the season as Jarrett Jack hit the game-winning three-pointer and delivered a win after trailing Gary Payton’s 3 Headed Monsters by 13 points at halftime. The 3 Headed Monsters are the only squad to qualify for the playoffs all four seasons, capping an incredible campaign led by BIG3 rebounding leader, Reggie Evans, who gave it everything he had this final game, finishing with 20 points and 15 rebounds. 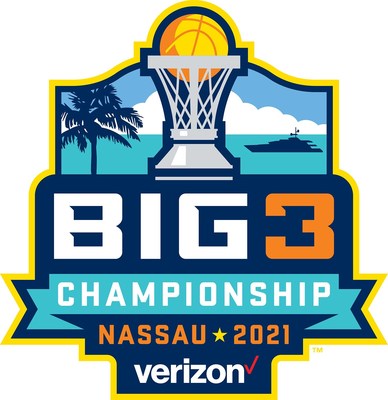 The BIG3 «Brawl in the Bahamas» will go down in league history as one of the most thrilling and remarkable games as both teams showcased their undeniable dedication to win. The 3 Headed Monsters’ got off to a hot start, with Kevin Murphy ending the first half with two three-pointers to send his team to the locker room with a 26-13 lead. As the second half began, Stephen Jackson slowly wore down the 3 Headed Monsters with tactical coaching as Gary Payton ran low on substitutions.

Down by as many as 16 early in the second half, Jarrett Jack’s 22 second half points and Amir Johnson’s 10 points and 11 rebounds accompanied by his tough defense kept the team in the game. With the score tied at 43, Jack came up clutch again during his Taco Bell «Bring the Fire» one-on-one challenge, scoring over Kevin Murphy to take the lead. Trilogy took command when James White hit a jump shot to bring the team one step closer to victory. Jack closed it out, hitting the game-winning three-point shot, adding to his game-high 29 points and securing the title.

Trilogy showcased their immaculate ball control throughout, giving up only one turnover in comparison to 3 Headed Monsters’ 13, outscoring their opponent by 18 points in the second half en route to the title win.

With a roaring crowd and a confetti covered celebration, Trilogy made BIG3 history as the first team to take home two championship titles. With a final score of 50-45, Jarrett Jack gave a tearful speech during the trophy presentation while holding his son and called upon NBA teams to give opponent Kevin Murphy a well-deserved shot.

The BIG3 had to overcome odds to make this season a success through the pandemic, doing so spectacularly. Through their in-depth testing system and strict COVID-19 protocols, the league went the final four weeks of the season without a single positive test, setting up a Championship Game for the ages.

«We’ve been saying all year this was the best BIG3 season yet and the Championship Game only proved our point. Trilogy and 3 Headed Monsters put on an incredible display for our fans, congratulations to both teams on special seasons. Now let’s see if Trilogy can be our first repeat champ in 2022,» said BIG3 co-founder Ice Cube.

«Not only was this the best BIG3 season and title game, but it was also the most challenging season to get through,» said BIG3 co-founder Jeff Kwatinetz. «We were able to succeed through the pandemic and create a competitive environment, gaining millions of new fans across the globe. It has been an honor to be able to help create an exciting new sport where we get to work with legends on and off the court.»

«This was my first season as part of the BIG3 family and it’s easy to see why it’s such a special league when you see first-hand the dedication, creativity, and tireless work ethic from everyone behind the scenes. Thanks so much to our staff, players, and coaches for putting together a season we will all remember. We couldn’t have done it without our amazing collection of partners, CBS Sports, Microsoft, Verizon, Monster Energy, Taco Bell, SuperDraft, Toyota, Binger Labs, Dherbs, and ZipRecruiter – thank you for your support and collaboration all year,» said BIG3 CEO Chris Hannan.

In the first game of the action-packed Saturday, Tri-State took home the third-place title during the consolation game, led by an explosive performance by former University of Washington star Justin Dentmon, finishing with a game-high 24 points and five assists.

ABOUT BIG3
BIG3 (BIG3.com) is who we are, FIREBALL3 is what we play. It’s not your grandfather’s 3-on-3. The premier global BIG3 league features many of the greatest, most popular, and skilled professional athletes of all time. Founded by producer, actor, and music legend Ice Cube and entertainment executive Jeff Kwatinetz, BIG3 combines highly competitive, physical, fast game experiences and incredible fan experiences.