WASHINGTON and VENICE, Italy and NEW DELHI and KABUL, Afghanistan and ISLAMABAD, Sept. 2, 2021 /PRNewswire/ — BEYOND THE BORDER is a documentary about cultural inclusion, directed by NASEER KHANDAY, an Indian native of Kashmir, it is the story of two Europeans who spent a few weeks on vacation in Afghanistan, with the aim of giving groups of girls and boys as many snowboards as possible, so that, by practicing a sport, they can continue to think and hope for a better future. The premise of the documentary is inclusion, because, when there is passion and determination, everything is possible, even in Afghanistan. 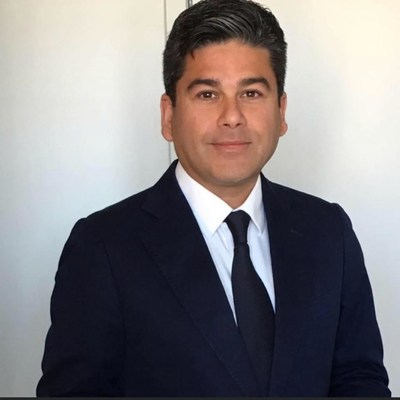 Recent tragic events have meant that BURKHAN WORLD (https://burkhan.world) and YUGEN MEDIA, co-producers of the documentary, wanted to present Beyond the Border in Venice, so that the world can view the possibilities of a future in Afghanistan.  The release of the documentary will be launched with an event organized at the festival to allow them to explain how important it is for the world to continue to have open ties with the Afghan people.

The event will be moderated by MIRKO NEGRI. A discussion and presentation of the documentary will take place on Tuesday 7 September, at 10 am, at the ITALIAN PAVILLION (https://italianpavilion.it) of CINECITTA ‘, located at the Hotel Excelsior, the nerve center of the Exhibition, where the most important institutional events of the Festival take place.

To the goal is to discuss the message of peace and hope the documentary brings to light the state of affairs what is really happening in Kabul and throughout Afghanistan. During the event, Pif, a very well known  Italian Film Director, a Italian philosopher Stefano Bonaga, Carolina Stramare (Miss Italy) and other friends will attend the discussion

To present the documentary  The Director of the film Naseer Khanday, SHAHAL KHAN CEO of Burkhan World and SURIL DESAI, CEO of Yugen Media be present to able to explain their journey in producing the documentary as well in addition about the activity carried out by them to help many of the people that helped make the film including women and children leave Afghanistan safely by creating a non-government task force after the Taliban took over, they are working toward supporting the humanitarian needs of Afghans who have left Afghanistan as well as those who remain, within the country as the number of internally displaced persons, currently number more than 570,000.

Shahal Khan CEO of Burkhan World added «at this point in time we must not give up on the Afghan people and the world must do more than ever to keep a dialogue open of peace and support. The Afghan people are the ones whose hopes and desires can only be realized if we do not abandon them and instead work to help them create platforms of self sustenance regardless of who is in power».

«Last but not least», MATTIA SORBI, correspondent from la Repubblica, the only Italian journalist present in Kabul, will provide us with a «Live» testimony of the current on the ground situation in progress.

Following this event, at 12 noon, Beyond the Border will be screened as part of the VENICE PRODUCTION BRIDGE (https://veniceproductionbridge.org), the event organized by LA BIENNALE dedicated to the film industry professionals in order to promote commercial activities as part of the 78th Venice International Film Festival.

Beyond the Border @ Italian Pavillion: https://italianpavilion.it/eventi/incontro-beyond-the-border/

Singtel and Trustwave Earn Acclaim from Frost & Sullivan for Their Managed SD-WAN and Security Services, Respectively