ORANGE COUNTY, Calif., Aug. 1, 2021 /PRNewswire/ — 4KUniverse, America’s 1st 4K HDR TV Network and streaming service, today announces it is selling a total of 8 franchise names to own a team to compete within the ‘Tournament of Universes’. The fictitious Olympics-style tournament takes place within the 4KUniverse Multiverse movie world being created by Matthew Mancinelli. 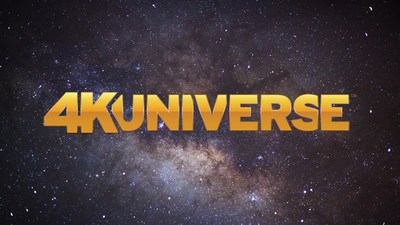 There will be 10 teams total and 4KUniverse is selling 8 to the public. It’s a once-in-a-lifetime integrated marketing opportunity to be in a Hollywood movie franchise.

«Similar in nature to Activision Blizzard’s ‘Call of Duty’ esports league, 4KUniverse is building out a new Olympics-style ‘Tournament of Universes’ competition by selling team franchises to brands, banks, and bosses,» says 4KUniverse Founder & CEO Matthew Mancinelli. «An example of a brand would be State Farm or Bud Light; an example of a bank would be JP Morgan Chase or PNC Bank; and an example of a boss would be Mark Cuban or The Rock.»

For only one payment of $25 million, in perpetuity each of the 8 teams receive:

It is predicted that each of the 8 franchise team owners will turn a profit over a 10-year period. Revenue is also realized by the brand/product’s own online sales orders generated from commercial airtime on 4KUniverse and in addition to being embedded within the 4KUniverse Multiverse movie world in perpetuity.

«Deploy assets.» Actors, directors, and producers have not yet been announced.

Founded in 2016 by Matthew Mancinelli, 4KUniverse is America’s 1st 4K HDR TV Network. The network consists of a 24-hour general entertainment 4K Cable TV channel and a direct-to-consumer Ultra HD streaming service priced at $10/month. Our one-of-a-kind TV Network features eye-popping visuals 4X the number of pixels as HD, vibrant colors thanks to WCG (wide color gamut), HDR (High Dynamic Range), and provides the perfect companion to the tens of millions of 4K TV’s currently in American households. 4KUniverse is a much-welcomed addition to the traditional Cable TV package and ‘streaming wars.’ It even has its own sort of world, called the 4KUniverse Multiverse. This world is filled with hundreds of movie characters, storylines, Heroes, Villains, love interests, and wars. For more information, please visit: www.4KUniverse.com